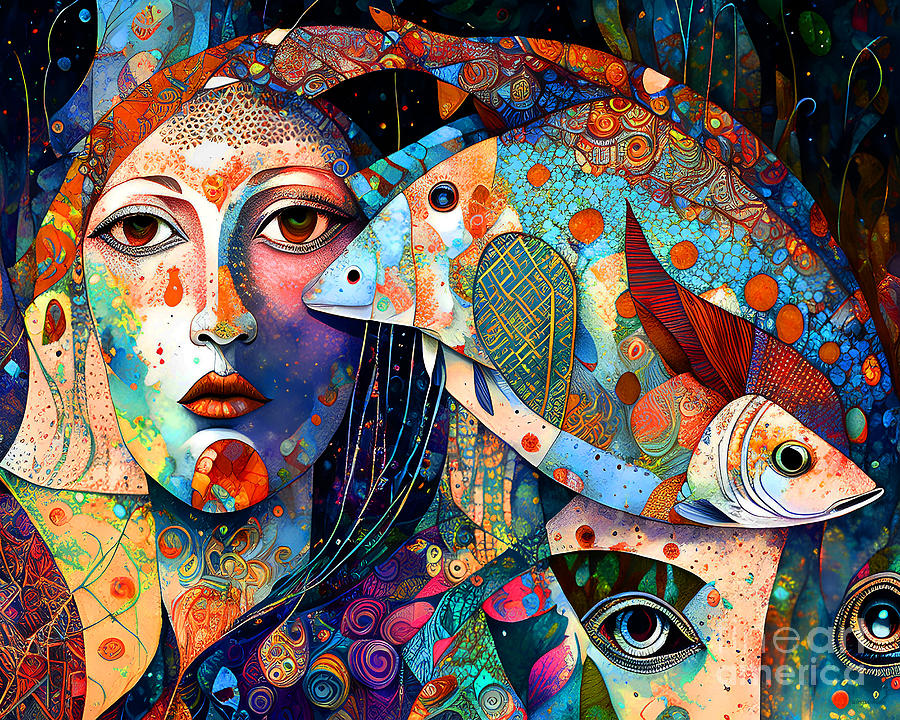 In ancient Greek mythology, Amphitrite was the goddess of the sea, the queen of the sea, and the wife of Poseidon. She was a daughter of Nereus and Doris (or Oceanus and Tethys). Under the influence of the Olympian pantheon, she became the consort of Poseidon and was later used as a symbolic representation of the sea. Her Roman counterpart is Salacia, a comparatively minor figure, and the goddess of saltwater.

When Poseidon desired to marry her, Amphitrite, wanting to protect "her virginity", fled to the Atlas mountains. Poseidon sent many creatures to find her. A dolphin came across Amphitrite and convinced her to marry Poseidon. As a reward for the dolphin's help, Poseidon created the Delphinus constellation.

Amphitrite's offspring included seals and dolphins. She also bred sea monsters and her great waves crashed against the rocks, putting sailors at risk. Poseidon and Amphitrite had a son, Triton who was a merman, and a daughter, Rhodos (if this Rhodos was not actually fathered by Poseidon on Halia or was not the daughter of Asopus as others claim). Bibliotheca (3.15.4) also mentions a daughter of Poseidon and Amphitrite named Kymopoleia.

Amphitrite is not fully personified in the Homeric epics: "out on the open sea, in Amphitrite's breakers" (Odyssey iii.101), "moaning Amphitrite" nourishes fishes "in numbers past all counting" (Odyssey xii.119). She shares her Homeric epithet Halosydne with Thetis. In some sense, the sea-nymphs are doublets.