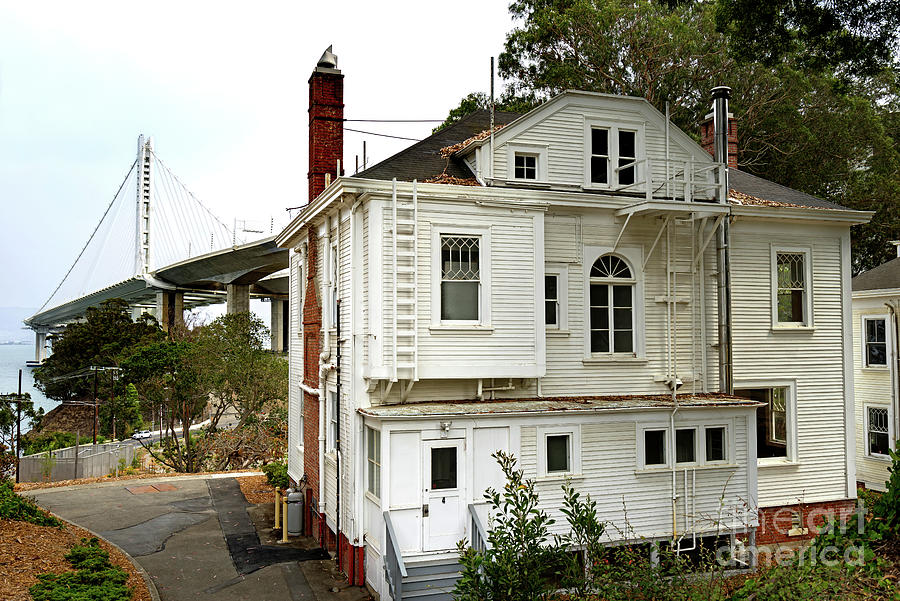 The idea of a military post on Yerba Buena Island originated during the American Civil War, when it was feared a raiding Confederate warship could slip past Fort Point and Alcatraz Island during a foggy night. However, it was not until the 1870s that Army Post Camp Yerba Buena Island (a.k.a. Army Post Camp Decature a.k.a. Army Post at Goat island a.k.a. US Engineer Depot, Yerba Buena Island and a.k.a. US Quartermaster Depot, Yerba Buena Island) by Navy Road and North Gate Road was completed, including a fog signal and octagonal lighthouse called Yerba Buena Light (1875) that remain today at the end of Hillcrest Road. In 1891, the United States Army Corps of Engineers built a Torpedo Station / Shed / Storehouse / Assembly building (Building 262) at the end of Army Road by North Gate Road. The torpedoes were actually floating mines that could be placed in the bay via cable for defense against intruding enemy vessels. The Torpedo Station was abandoned in the 1930s but still stands today (hidden underneath the San Francisco-Oakland Bay Bridge) listed in the National Register of Historic Places. Just before the turn of the 20th century, the first U.S. Naval Training Station on the Pacific Coast was established on the north east side of the island by 1st Street and North Gate Road. Quarters One, also known as the Admiral Nimitz House near the intersection of Whiting Way and Garden Way, was built about 1900 as the Naval Training Station commandant's residence and is among the eight surviving officers' residences in the historic district. Its Classic Revival style, fashionable for private residences in the Bay Area at the time, was unusual for naval base housing. -wikipedia