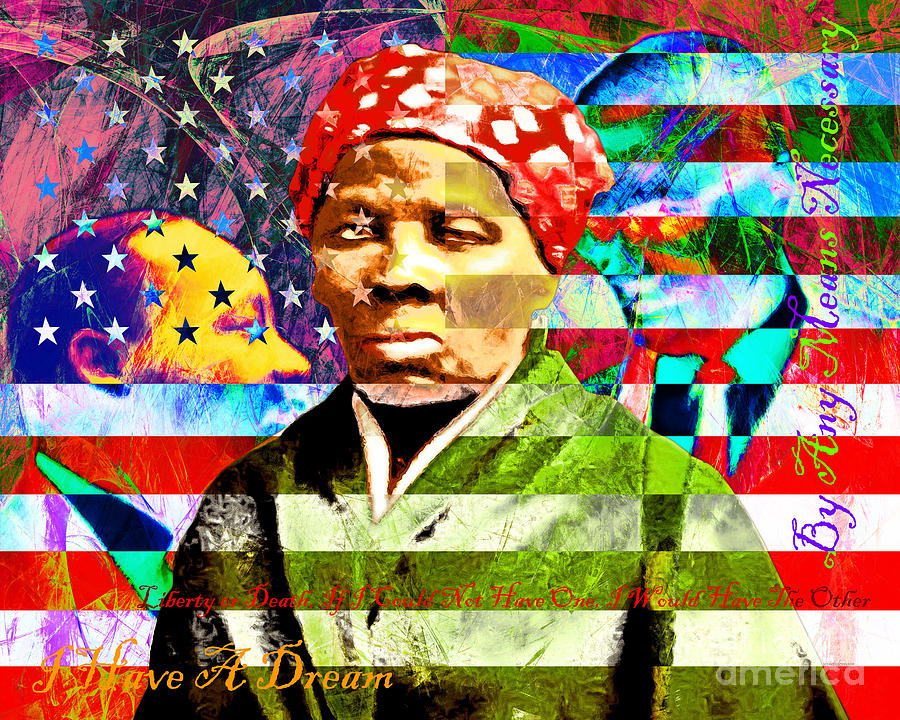 Harriet Tubman (born Araminta Ross; c. 1822 - March 10, 1913) was an African-American abolitionist, humanitarian, and a Union spy during the American Civil War. Born into slavery, Tubman escaped and subsequently made some thirteen missions to rescue approximately seventy enslaved families and friends, using the network of antislavery activists and safe houses known as the Underground Railroad. She later helped abolitionist John Brown recruit men for his raid on Harpers Ferry, and in the post-war era was an active participant in the struggle for women's suffrage. -wikipedia

Martin Luther King, Jr. (January 15, 1929 - April 4, 1968) was an American Baptist minister, activist, humanitarian, and leader in the African-American Civil Rights Movement. He is best known for his role in the advancement of civil rights using nonviolent civil disobedience based on his Christian beliefs. -wikipedia

Malcolm X, born Malcolm Little and also known as el-Hajj Malik el-Shabazz, was an American Muslim minister and human rights activist. To his admirers he was a courageous advocate for the rights of blacks, a man who indicted white America in the harshest terms for its crimes against black Americans; detractors accused him of preaching racism and violence. He has been called one of the greatest and most influential African Americans in history. -wikipedia