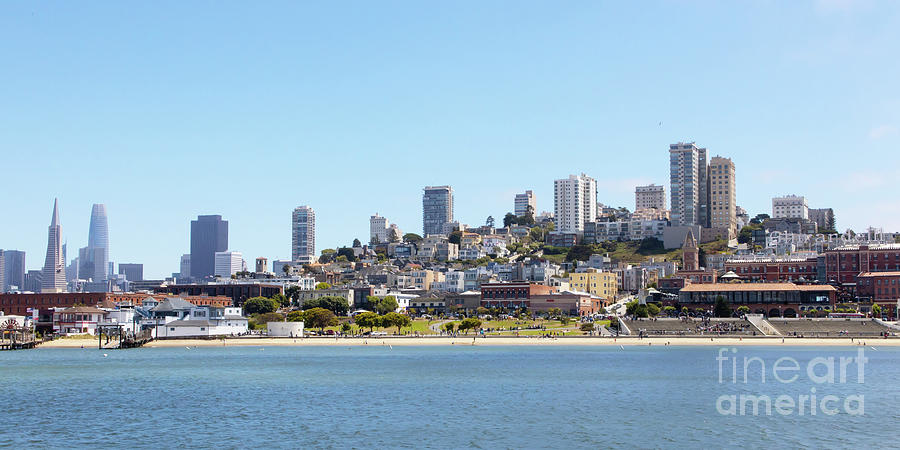 The District's San Francisco Maritime Museum building was built as a bathhouse in 1936 by the WPA; in streamline moderne style, its interior is decorated with fantastic, colorful murals. The Steamship Room illustrates the evolution of maritime technology from wind to steam, and there are displays of lithographic stones, scrimshaw, and whaling guns and photo-murals of San Francisco's early waterfront. A visitors gallery hosts such exhibitions as Sparks (2005), which showcased shipboard radio, radiotelephone, and radio-teletype equipment from over the years. In front of the Maritime Museum is a man-made lagoon on the site of the former Black Point Cove. To the west is the horseshoe-shaped Municipal Pier, which was voted SFWeekly's Best Place to Go Fish 2009. The lagoon is fronted by a sandy beach and a stepped concrete seawall. To the south is a grassy area known as Victorian Park, which contains the Hyde Street cable car turnaround. Hyde Street Pier, though part of the San Francisco Maritime National Historical Park, is not part of Aquatic Park Historic District. The Historic District was declared a National Historic Landmark in 1987, and added to the National Register of Historic Places on January 26, 1984. The park is at the foot of Polk Street and a minute's walk from the visitor center and Hyde Street Pier. Its beach is one of the cleanest in the state. In the park near the corner of Beach and Larkin streets is California Historical Landmark marker No. 236, honoring the Spanish packet ship San Carlos, which on August 5, 1775 was the first ship to enter San Francisco Bay. Black Point Cove was named for Black Point, which juts into the bay between North Beach and the Marina District. Originally named Punta Medanos by the Spanish settlers, it was renamed Black Point after 1849. The shoreline of Black Point is the last remaining section of original coastline in San Francisco east of the Golden Gate Bridge. -Wikipedia