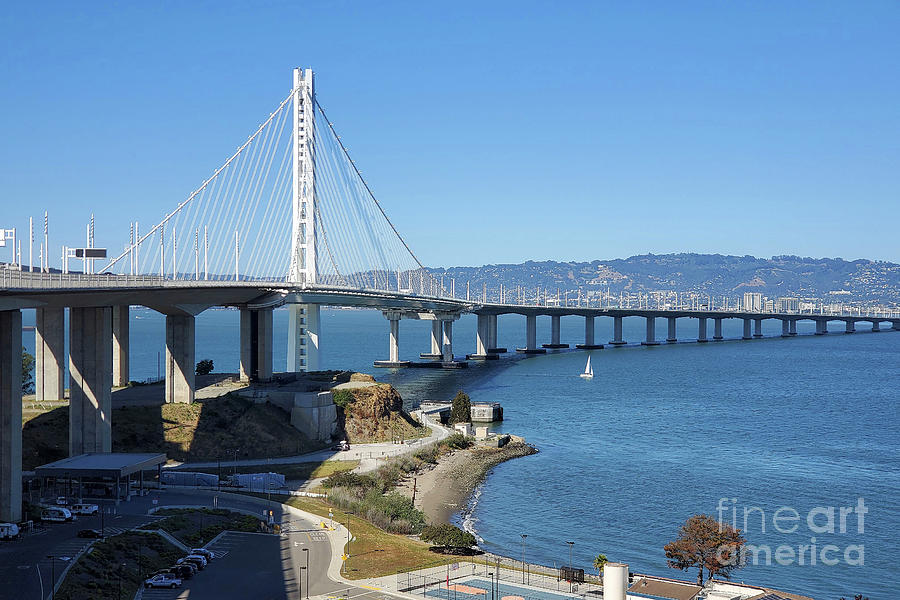 The eastern span replacement of the San Francisco–Oakland Bay Bridge was a construction project to replace a seismically unsound portion of the Bay Bridge with a new self-anchored suspension bridge (SAS) and a pair of viaducts. The bridge is in the U.S. state of California and crosses the San Francisco Bay between Yerba Buena Island and Oakland. The span replacement took place between 2002 and 2013, and is the most expensive public works project in California history, with a final price tag of $6.5 billion, a 2,500% cost overrun from the original estimate of $250 million. Originally scheduled to open in 2007, several problems delayed the opening until September 2, 2013. With a width of 258.33 ft (78.74 m), comprising 10 general-purpose lanes, it is the world's widest bridge according to Guinness World Records. The Bay Bridge has two major sections: the western suspension spans and their approach structures between San Francisco and Yerba Buena Island (YBI) and the structures between YBI and the eastern terminus in Oakland. The original eastern section was composed of a double balanced cantilever span, five through-truss spans, and a truss causeway. This part became the subject of concern after a section collapsed during the Loma Prieta earthquake on October 17, 1989. The replacement span is engineered to withstand the largest earthquake expected over a 1500-year period, and it is expected to last at least 150 years with proper maintenance. -wikipedia