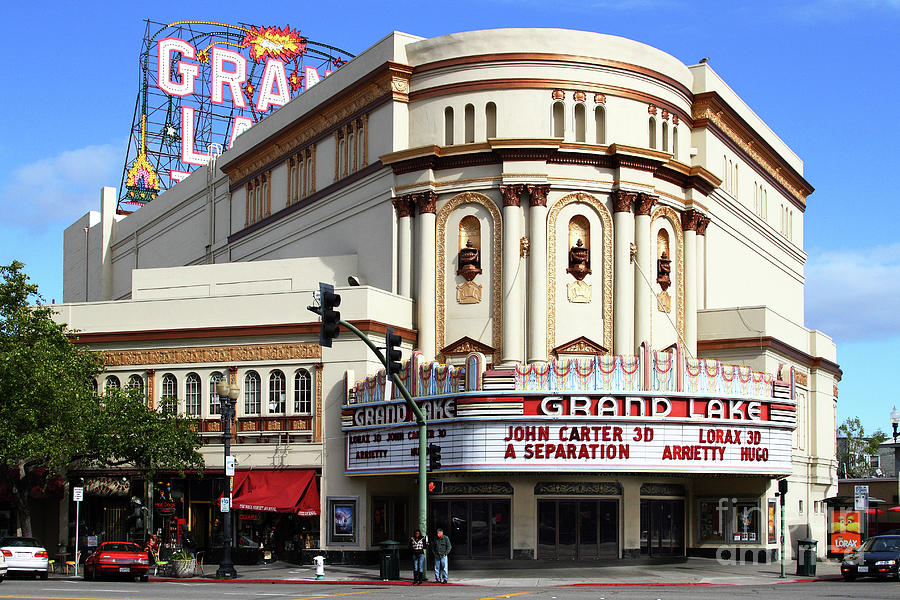 After the Grand Lake Theater opened on March 6, 1926, it held vaudeville and silent movie showings, but with the arrival of "talkies" it began to exclusively show sound films. The original Wurlitzer Hope Jones Unified Orchestral Organ by the Rudolph Wurlitzer Co. of San Francisco still stands in the main auditorium. The original phone number for the theater was Glencourt 3100 and the original ticket prices were 40 cents for night and Sunday matinees in the orchestra and balcony, 50 cents for the loges, 25 cents for daily matinees, and 10 cents for children at any performance.

The theater's exterior is surmounted by a giant illuminated rooftop sign which was originally furnished by Brumfield Electric Sign Co., Inc. Neoclassical faux columns and urns line the main interior space and the ceiling is adorned with a crystal chandelier in the lobby and classical frescos in the auditorium. The theater's interior artwork is considered to be Art Deco. -wikipedia